Charlestown has a tropical climate. The summers are much rainier than the winters in Charlestown. This climate is considered to be Aw according to the Köppen-Geiger climate classification. The temperature here averages 26.2 °C | 79.1 °F. The rainfall here is around 896 mm | 35.3 inch per year. The driest month is February, with 30 mm | 1.2 inch of rainfall. The greatest amount of precipitation occurs in October, with an average of 139 mm | 5.5 inch. The difference in precipitation between the driest month and the wettest month is 109 mm | 4 inch. The variation in temperatures throughout the year is 2.7 °C | 4.8 °F.

Charlestown weather and climate for every month

Hours of sunshine in Charlestown 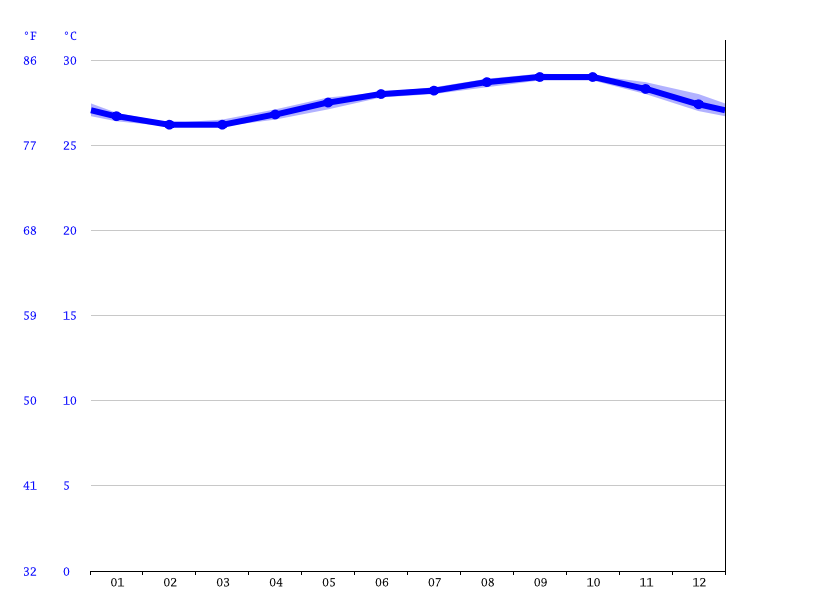 The average water temperature during the year located in Charlestown (Caribbean Sea) at 27.70°C | 81.86°F.

The closest water of Charlestown is Caribbean Sea.