The climate here is mild, and generally warm and temperate. The winters are rainier than the summers in Santa Barbara. According to Köppen and Geiger, this climate is classified as Csa. The temperature here averages 16.6 °C | 61.9 °F. About 412 mm | 16.2 inch of precipitation falls annually. Between the driest and wettest months, the difference in precipitation is 96 mm | 4 inch. The variation in temperatures throughout the year is 12.2 °C | 21.9 °F.

Santa Barbara weather and climate for every month

Hours of sunshine in Santa Barbara 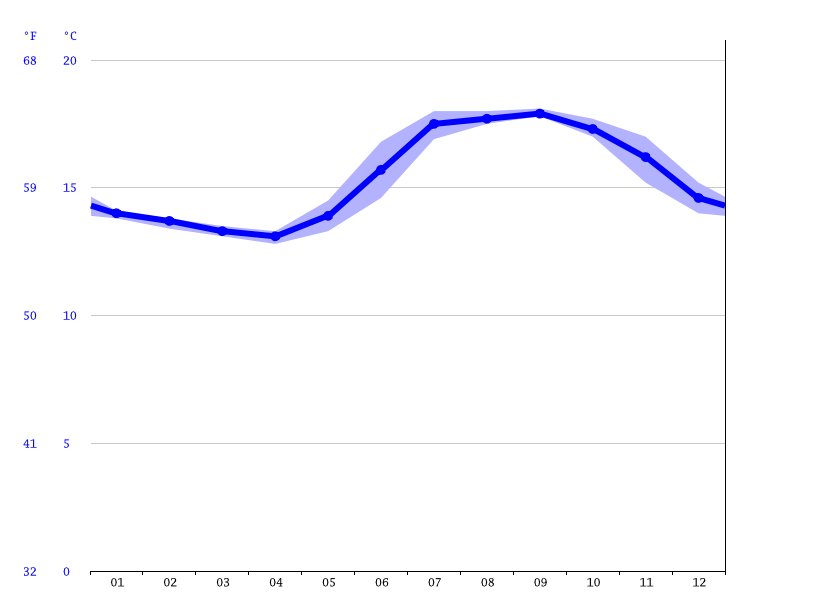 The average water temperature during the year located in Santa Barbara (Pacific Ocean) at 15.40°C | 59.72°F.

The closest water of Santa Barbara is Pacific Ocean.