Lihue is 68m above sea level. The climate is tropical in Lihue. The rainfall in Lihue is significant, with precipitation even during the driest month. The climate here is classified as Af by the Köppen-Geiger system. The average annual temperature in Lihue is 22.4 °C | 72.4 °F. About 981 mm | 38.6 inch of precipitation falls annually. The driest month is February. There is 70 mm | 2.8 inch of precipitation in February. In December, the precipitation reaches its peak, with an average of 107 mm | 4.2 inch. The precipitation varies 37 mm | 1 inch between the driest month and the wettest month. The variation in annual temperature is around 3.6 °C | 6.5 °F.

Lihue weather and climate for every month

Hours of sunshine in Lihue 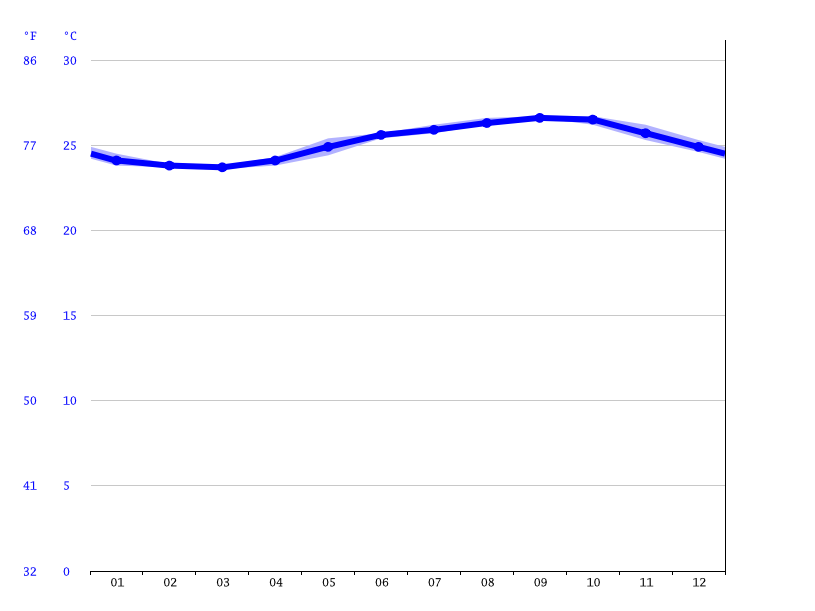 The following water was used as the basis for the specified water temperatures for Lihue: Pacific Ocean.

Information for Travel to Lihue