The climate is warm and temperate in Hat Head. In Hat Head there is a lot of rain even in the driest month. This location is classified as Cfa by Köppen and Geiger. The average annual temperature is 18.9 °C | 66.1 °F in Hat Head. The rainfall here is around 1027 mm | 40.4 inch per year. The driest month is August, with 44 mm | 1.7 inch of rainfall. The greatest amount of precipitation occurs in February, with an average of 129 mm | 5.1 inch. The difference in precipitation between the driest month and the wettest month is 85 mm | 3 inch. The variation in temperatures throughout the year is 9.9 °C | 17.8 °F.

Hat Head weather and climate for every month

Hours of sunshine in Hat Head 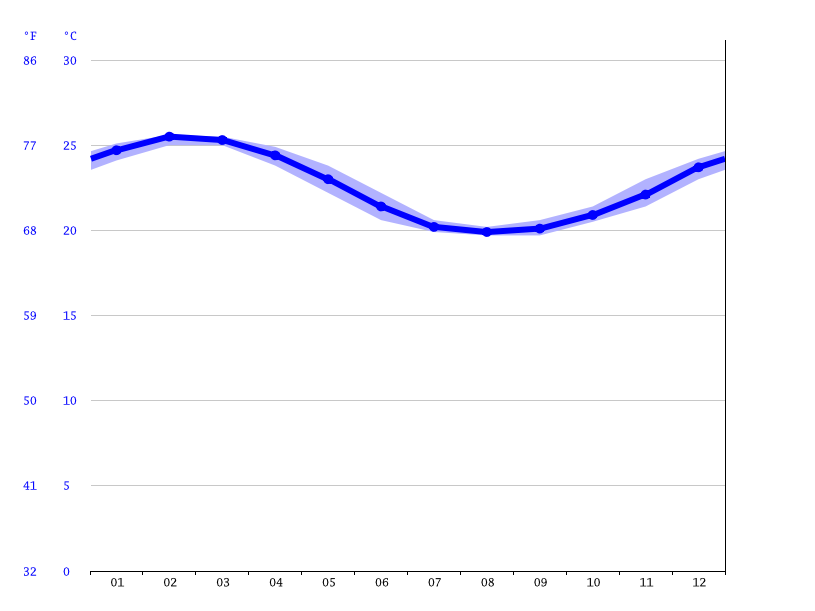 The following water was used as the basis for the specified water temperatures for Hat Head: Tasman Sea.

You can reach Hat Head from this Cities by Plane: Sydney (SYD), Brisbane (BNE)