Darwin is 21m above sea level. This city has a tropical climate. The summers are much rainier than the winters in Darwin. The Köppen-Geiger climate classification is Aw. In Darwin, the average annual temperature is 27.4 °C | 81.3 °F. The annual rainfall is 1873 mm | 73.7 inch. The least amount of rainfall occurs in July. The average in this month is 1 mm | 0.0 inch. The greatest amount of precipitation occurs in January, with an average of 442 mm | 17.4 inch. Darwin weather and climate for every month

Hours of sunshine in Darwin 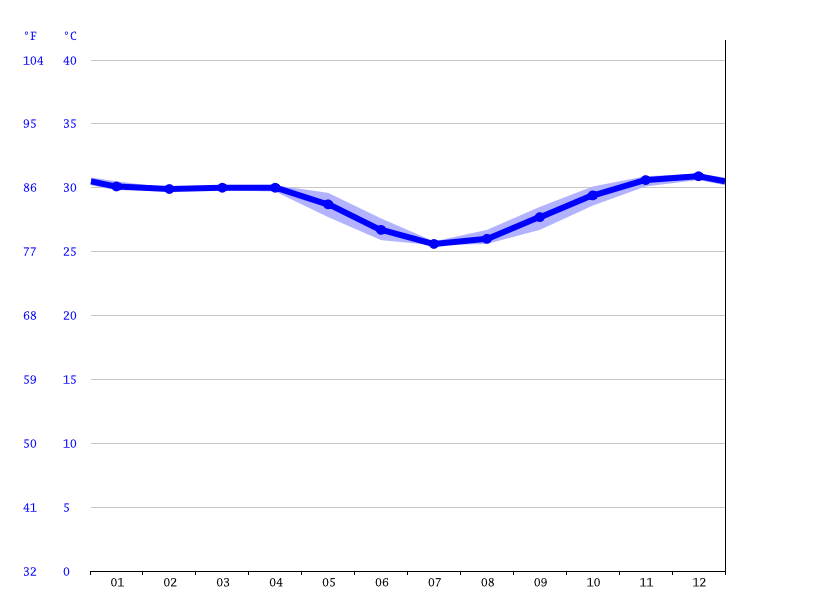 The closest water of Darwin is Timor Sea.

Information for Travel to Darwin

The population of Darwin is approximately 6464 The Area of Darwin is roughly 3.10 km² (1.20 mi²) The Darwin is an central business district in the Region Northern Territory of the Country Australia