Adelaide Point has a tropical climate. When compared with winter, the summers have much more rainfall. This climate is considered to be Aw according to the Köppen-Geiger climate classification. In Adelaide Point, the average annual temperature is 23.0 °C | 73.4 °F. In a year, the rainfall is 856 mm | 33.7 inch. The driest month is September, with 9 mm | 0.4 inch of rainfall. In February, the precipitation reaches its peak, with an average of 185 mm | 7.3 inch. The difference in precipitation between the driest month and the wettest month is 176 mm | 7 inch. The variation in annual temperature is around 7.8 °C | 14.0 °F.

Adelaide Point weather and climate for every month

Hours of sunshine in Adelaide Point 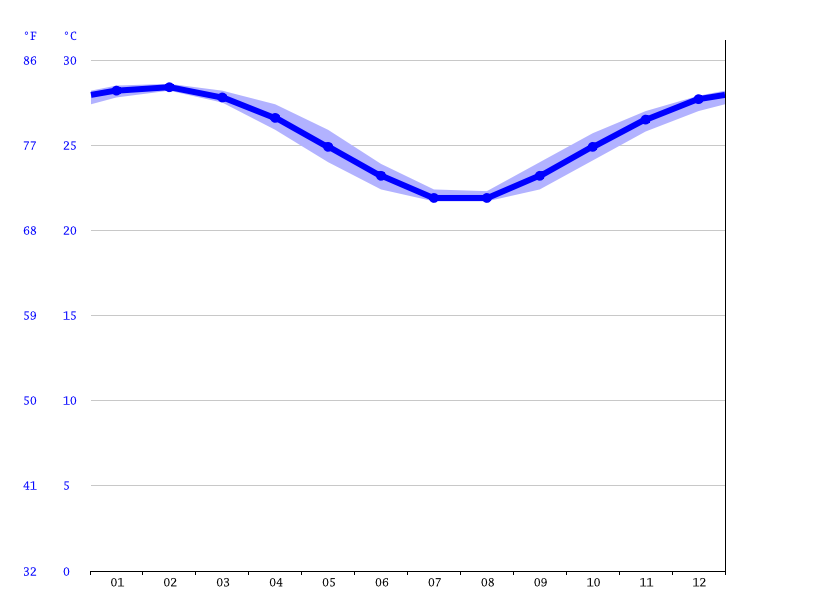 The closest water of Adelaide Point is Coral Sea.

You can reach Adelaide Point from this Cities by Plane: Sydney (SYD), Brisbane (BNE), Melbourne (MEL)