Precipitation is the lowest in September, with an average of 19 mm | 0.7 inch. Most of the precipitation here falls in February, averaging 224 mm | 8.8 inch. Between the driest and wettest months, the difference in precipitation is 205 mm | 8 inch. Throughout the year, temperatures vary by 7.8 °C | 14.1 °F.

Mackay weather and climate for every month

Hours of sunshine in Mackay 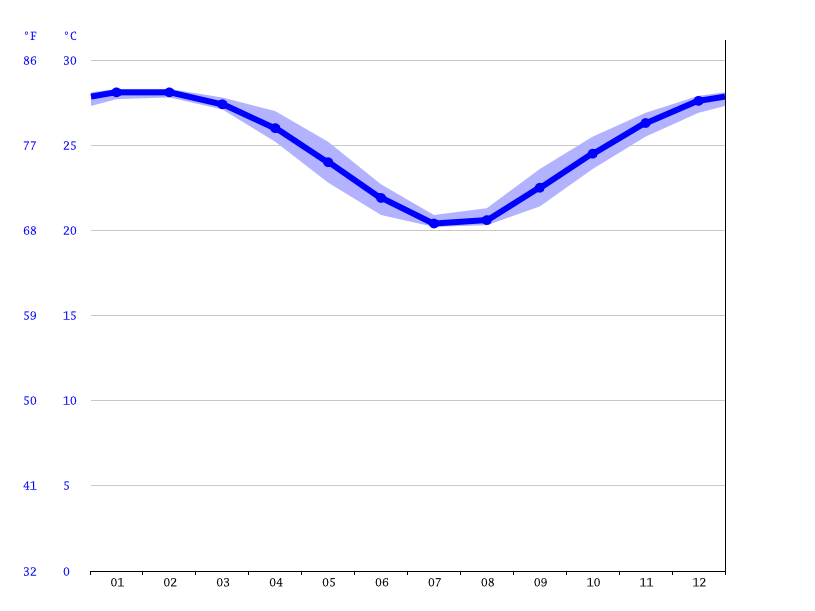 The closest water of Mackay is Coral Sea.

Information for Travel to Mackay

You can reach Mackay from this Cities by Plane: Sydney (SYD), Brisbane (BNE), Melbourne (MEL)