Doo Town's climate is classified as warm and temperate. Doo Town is a city with a significant rainfall. Even in the driest month there is a lot of rain. This climate is considered to be Cfb according to the Köppen-Geiger climate classification. The average temperature in Doo Town is 12.5 °C | 54.4 °F. The rainfall here is around 695 mm | 27.4 inch per year. The least amount of rainfall occurs in February. The average in this month is 53 mm | 2.1 inch. Most of the precipitation here falls in August, averaging 65 mm | 2.6 inch. The variation in the precipitation between the driest and wettest months is 12 mm | 0 inch. Throughout the year, temperatures vary by 6.6 °C | 11.9 °F.

Doo Town weather and climate for every month

Hours of sunshine in Doo Town 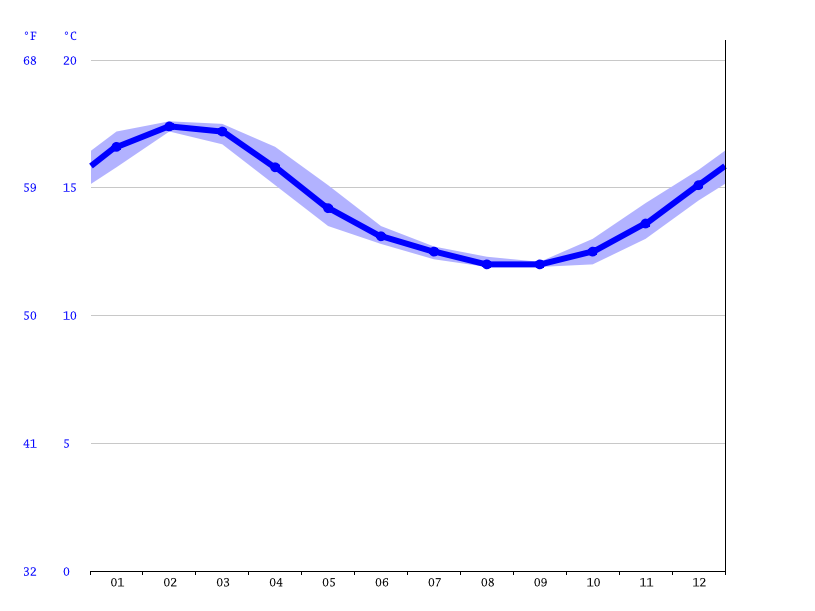 The closest water of Doo Town is Tasman Sea.

You can reach Doo Town from this Cities by Plane: Sydney (SYD), Brisbane (BNE), Melbourne (MEL)