Hobart is 18m above sea level. Hobart's climate is classified as warm and temperate. In Hobart there is a lot of rain even in the driest month. The climate here is classified as Cfb by the Köppen-Geiger system. The average temperature in Hobart is 11.0 °C | 51.7 °F. The annual rainfall is 670 mm | 26.4 inch. The least amount of rainfall occurs in March. The average in this month is 47 mm | 1.9 inch. The greatest amount of precipitation occurs in November, with an average of 66 mm | 2.6 inch. Hobart weather and climate for every month

Hours of sunshine in Hobart 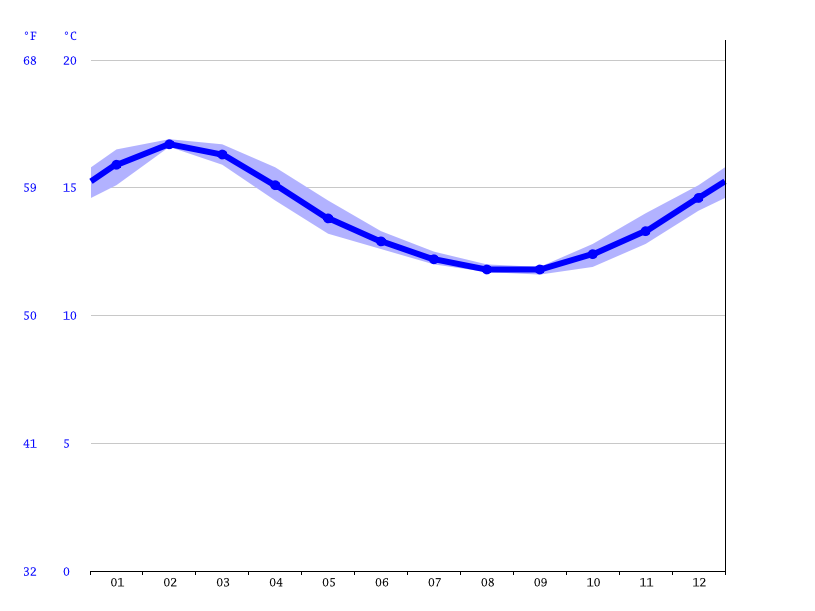 The following water was used as the basis for the specified water temperatures for Hobart: Tasman Sea.

Information for Travel to Hobart

You can reach Hobart from this Cities by Plane: Sydney (SYD), Brisbane (BNE), Melbourne (MEL)