Precipitation is the lowest in February, with an average of 38 mm | 1.5 inch. Most of the precipitation here falls in August, averaging 123 mm | 4.8 inch. Between the driest and wettest months, the difference in precipitation is 85 mm | 3 inch. Throughout the year, temperatures vary by 8.3 °C | 15.0 °F.

Warrnambool weather and climate for every month

Hours of sunshine in Warrnambool 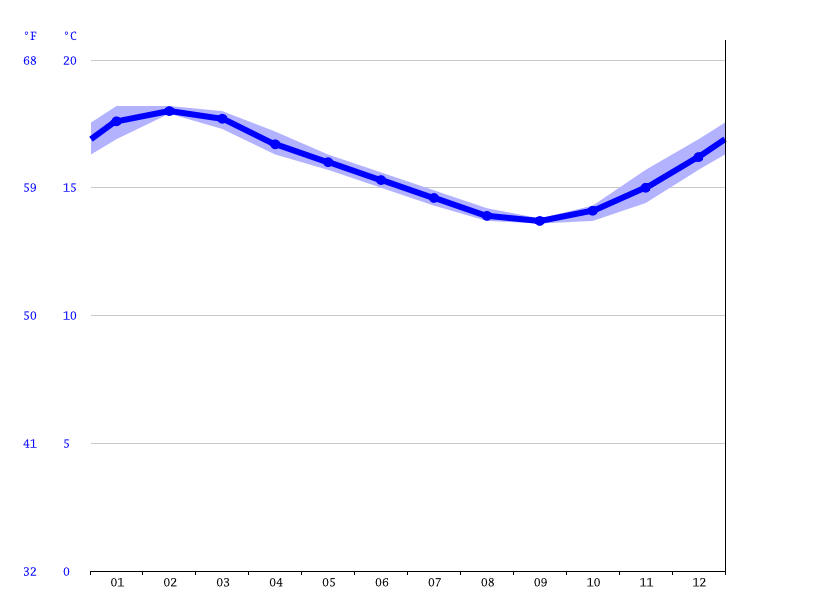 In Warrnambool (Great Australian Bight), a water temperature of about 15.70°C | 60.26°F is achieved in the annual average.

The following water was used as the basis for the specified water temperatures for Warrnambool: Great Australian Bight.

Information for Travel to Warrnambool