Bunbury is 4m above sea level. Bunbury's climate is classified as warm and temperate. There is more rainfall in the winter than in the summer in Bunbury. This climate is considered to be Csa according to the Köppen-Geiger climate classification. The average annual temperature in Bunbury is 17.1 °C | 62.8 °F. About 707 mm | 27.8 inch of precipitation falls annually. The least amount of rainfall occurs in December. The average in this month is 12 mm | 0.5 inch. With an average of 137 mm | 5.4 inch, the most precipitation falls in July. The variation in the precipitation between the driest and wettest months is 125 mm | 5 inch. During the year, the average temperatures vary by 9.9 °C | 17.9 °F.

Bunbury weather and climate for every month

Hours of sunshine in Bunbury 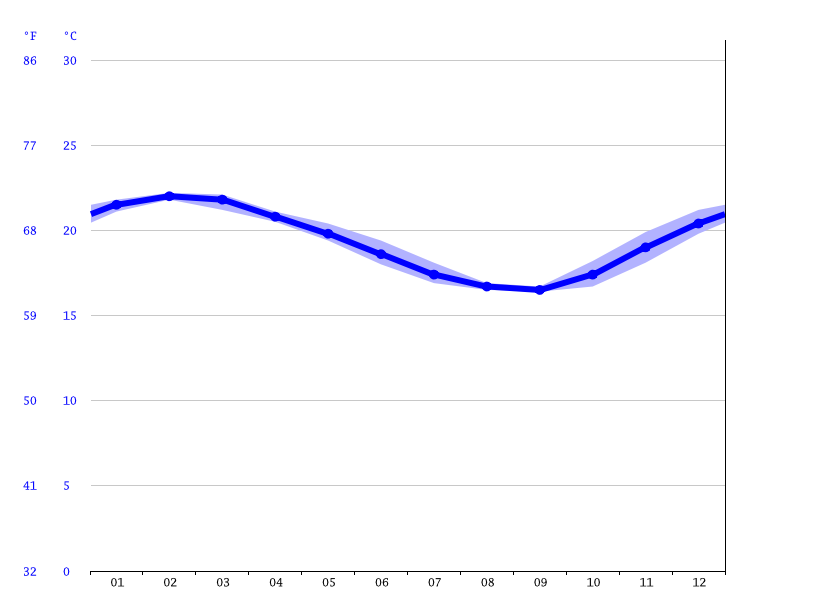 The following water was used as the basis for the specified water temperatures for Bunbury: Geographe Bay.

Information for Travel to Bunbury

The closest Airports of Bunbury are: Perth Airport (PER) 159.37km