In Dunsborough, the climate is warm and temperate. The winters are rainier than the summers in Dunsborough. This climate is considered to be Csb according to the Köppen-Geiger climate classification. The average annual temperature is 17.0 °C | 62.6 °F in Dunsborough. Precipitation here is about 700 mm | 27.6 inch per year. The precipitation varies 134 mm | 5 inch between the driest month and the wettest month. The variation in temperatures throughout the year is 7.3 °C | 13.2 °F.

Dunsborough weather and climate for every month

Hours of sunshine in Dunsborough 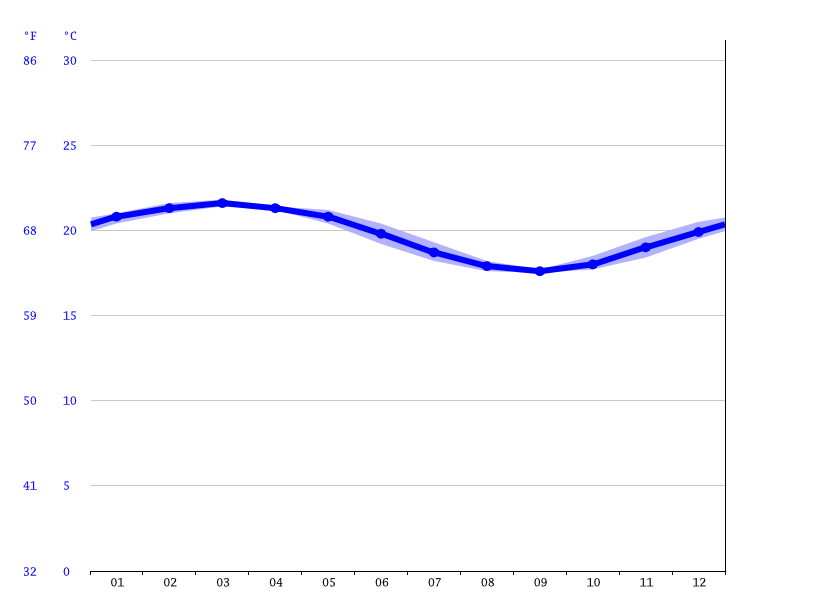 In March, the highest water temperature is reached with a monthly average of 21.80°C | 71.24°F. Whereas in September the lowest average water temperatures are expected with about 17.50°C | 63.50°F.

The closest water of Dunsborough is Geographe Bay.

The closest Airports of Dunsborough are: Perth Airport (PER) 203.23km