The climate is warm and temperate in Esperance. Esperance has a significant amount of rainfall during the year. This is true even for the driest month. The climate here is classified as Cfb by the Köppen-Geiger system. In Esperance, the average annual temperature is 16.8 °C | 62.3 °F. The annual rainfall is 578 mm | 22.8 inch. The difference in precipitation between the driest month and the wettest month is 47 mm | 2 inch. During the year, the average temperatures vary by 7.1 °C | 12.8 °F.

Esperance weather and climate for every month

Hours of sunshine in Esperance 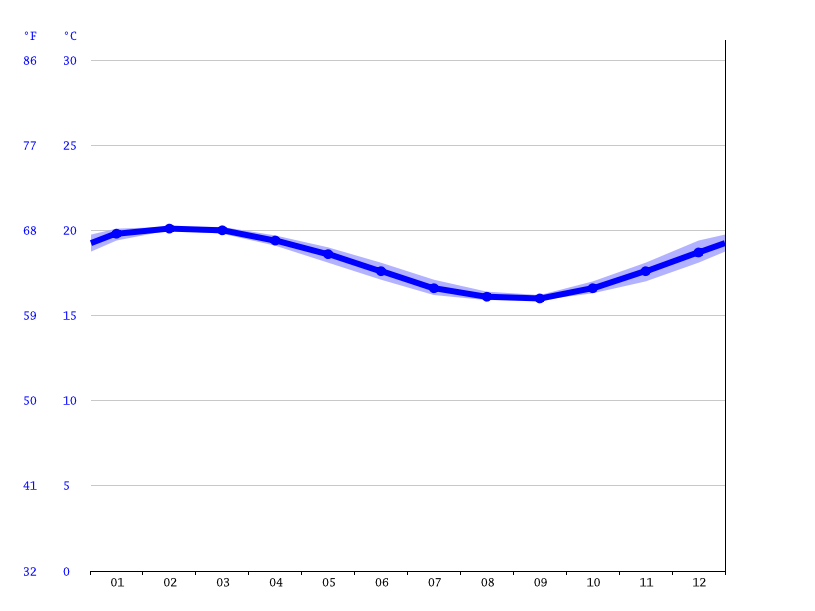 The average water temperature during the year located in Esperance (Great Australian Bight) at 18.10°C | 64.58°F.

The closest water of Esperance is Great Australian Bight.

The closest Airports of Esperance are: Kalgoorlie-Boulder Airport (KGI) 344.13km

You can reach Esperance from this Cities by Plane: Perth (PER)