Geraldton is 7m above sea level. The climate in Geraldton is referred to as a local steppe climate. During the year there is little rainfall. According to Köppen and Geiger, this climate is classified as BSh. The temperature here averages 20.3 °C | 68.5 °F. The rainfall here is around 314 mm | 12.4 inch per year. The least amount of rainfall occurs in December. The average in this month is 5 mm | 0.2 inch. Most of the precipitation here falls in July, averaging 63 mm | 2.5 inch. The variation in the precipitation between the driest and wettest months is 58 mm | 2 inch. Throughout the year, temperatures vary by 10.5 °C | 18.8 °F.

Geraldton weather and climate for every month

Hours of sunshine in Geraldton 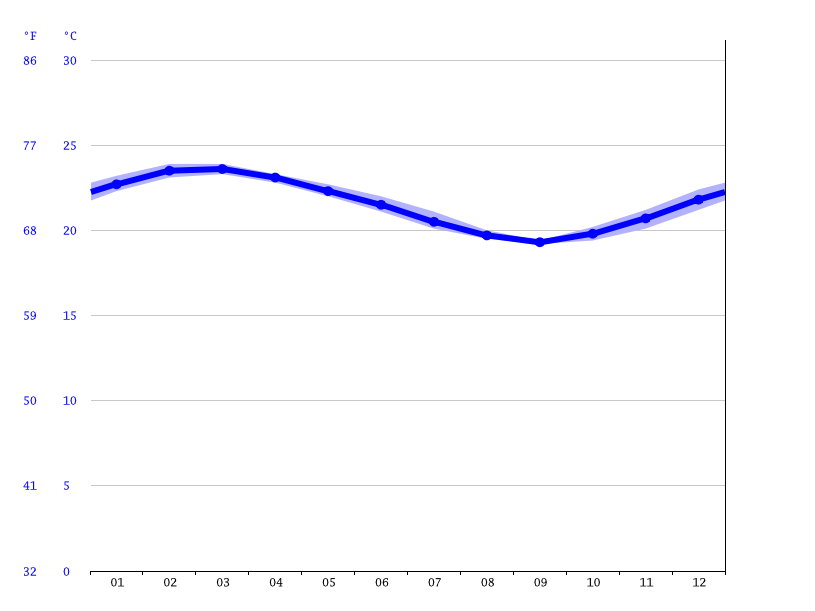 The following water was used as the basis for the specified water temperatures for Geraldton: Indian Ocean.

Information for Travel to Geraldton

The closest Airports of Geraldton are: Geraldton Airport (GET) 8.98km,Perth Airport (PER) 374.65km