Port Hedland is 7m above sea level. Port Hedland's climate is a desert one. During the year, there is virtually no rainfall. According to Köppen and Geiger, this climate is classified as BWh. In Port Hedland, the average annual temperature is 27.0 °C | 80.5 °F. The annual rainfall is 363 mm | 14.3 inch. Precipitation is the lowest in October, with an average of 0 mm | 0.0 inch. Most of the precipitation here falls in February, averaging 100 mm | 3.9 inch. Port Hedland weather and climate for every month

Hours of sunshine in Port Hedland 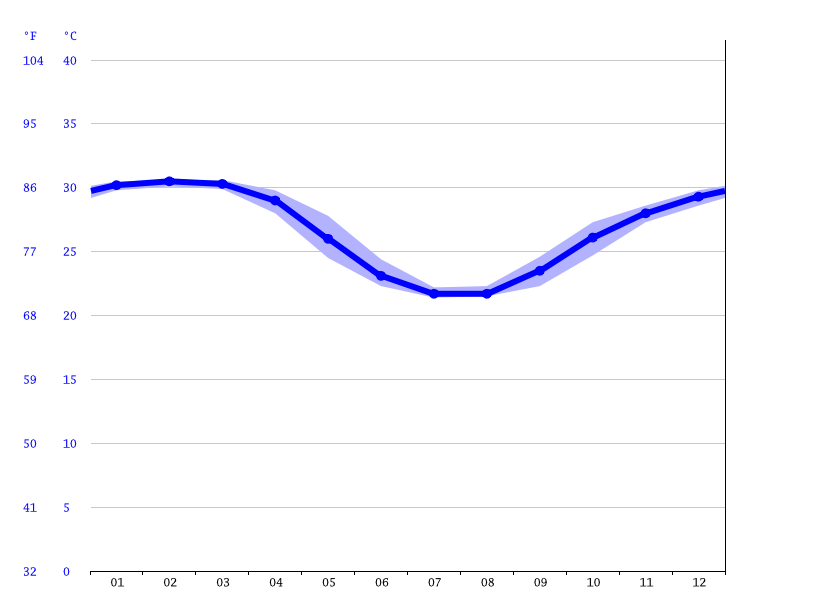 Approximately around February 11, the highest water temperature of around 30.60°C | 87.08°F is reached during the year. Whereas around July 18 the lowest average water temperatures are to be expected. At this time these are at about 21.40°C | 70.52°F.

The following water was used as the basis for the specified water temperatures for Port Hedland: Indian Ocean.

Information for Travel to Port Hedland

You can reach Port Hedland from this Cities by Plane: Sydney (SYD), Perth (PER), Broome (BME), Brisbane (BNE), Melbourne (MEL)