The climate here is mild, and generally warm and temperate. New Plymouth is a city with a significant rainfall. Even in the driest month there is a lot of rain. This climate is considered to be Cfb according to the Köppen-Geiger climate classification. The temperature here averages 12.9 °C | 55.2 °F. The annual rainfall is 1935 mm | 76.2 inch. Between the driest and wettest months, the difference in precipitation is 86 mm | 3 inch. Throughout the year, temperatures vary by 8.3 °C | 14.9 °F.

New Plymouth weather and climate for every month

Hours of sunshine in New Plymouth 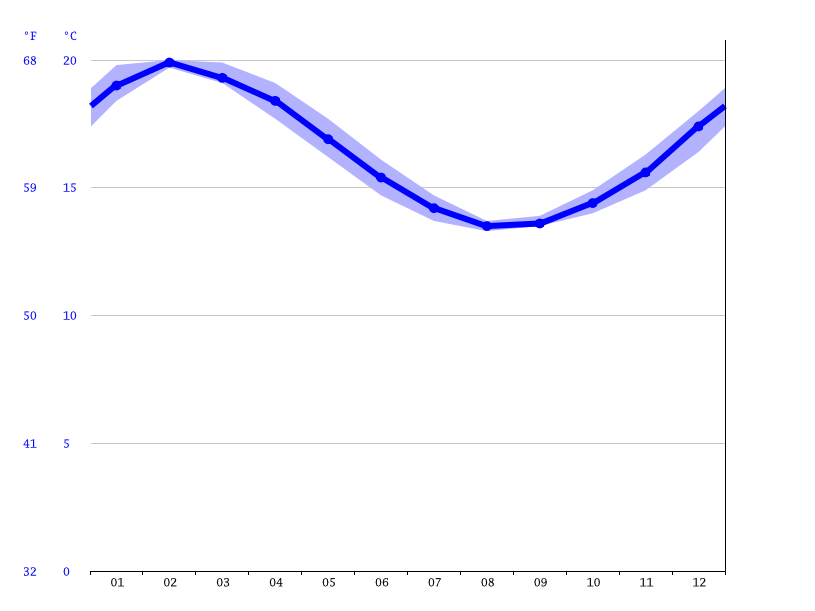 In February, the highest water temperature is reached with a monthly average of 20.00°C | 68.00°F. Whereas in August the lowest average water temperatures are expected with about 13.30°C | 55.94°F.

The closest water of New Plymouth is Tasman Sea.

You can reach New Plymouth from this Cities by Plane: