Honiara is -2m above sea level. This city has a tropical climate. Honiara is a city with a significant rainfall. Even in the driest month there is a lot of rain. The climate here is classified as Af by the Köppen-Geiger system. The temperature here averages 25.2 °C | 77.4 °F. The rainfall here is around 3357 mm | 132.2 inch per year. The least amount of rainfall occurs in June. The average in this month is 183 mm | 7.2 inch. Most of the precipitation here falls in January, averaging 380 mm | 15.0 inch. The variation in the precipitation between the driest and wettest months is 197 mm | 8 inch. Throughout the year, temperatures vary by 0.7 °C | 1.2 °F.

Honiara weather and climate for every month

Hours of sunshine in Honiara 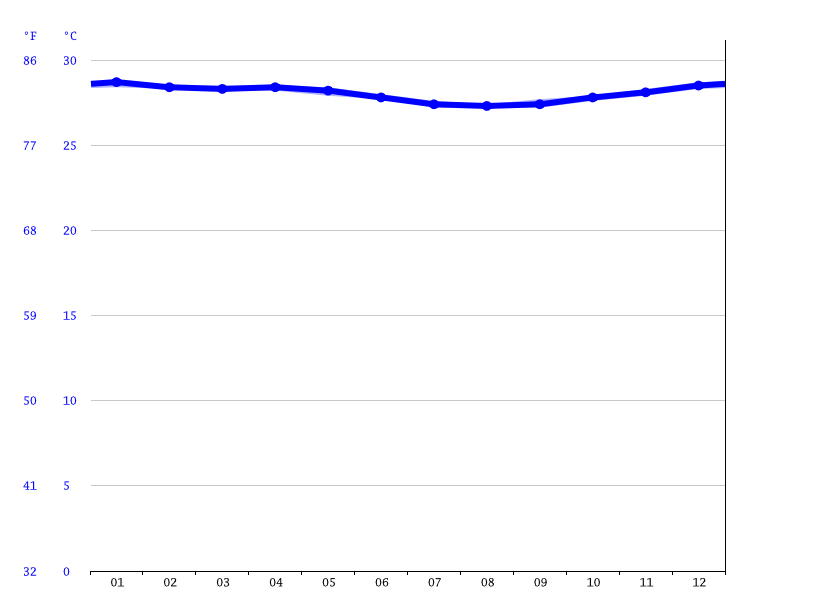 The following water was used as the basis for the specified water temperatures for Honiara: Solomon Sea.

Information for Travel to Honiara

The population of Honiara is approximately 64609 The Area of Honiara is roughly 22.00 km² (8.49 mi²) The Honiara is an city in the Region Capital Territory of the Country Solomon Islands