This city has a tropical climate. Port Havannah has a significant amount of rainfall during the year. This is true even for the driest month. This climate is considered to be Af according to the Köppen-Geiger climate classification. The temperature here averages 24.6 °C | 76.2 °F. About 1702 mm | 67.0 inch of precipitation falls annually. The least amount of rainfall occurs in August. The average in this month is 62 mm | 2.4 inch. With an average of 260 mm | 10.2 inch, the most precipitation falls in March. The variation in the precipitation between the driest and wettest months is 198 mm | 8 inch. During the year, the average temperatures vary by 3.5 °C | 6.4 °F.

Port Havannah weather and climate for every month

Hours of sunshine in Port Havannah 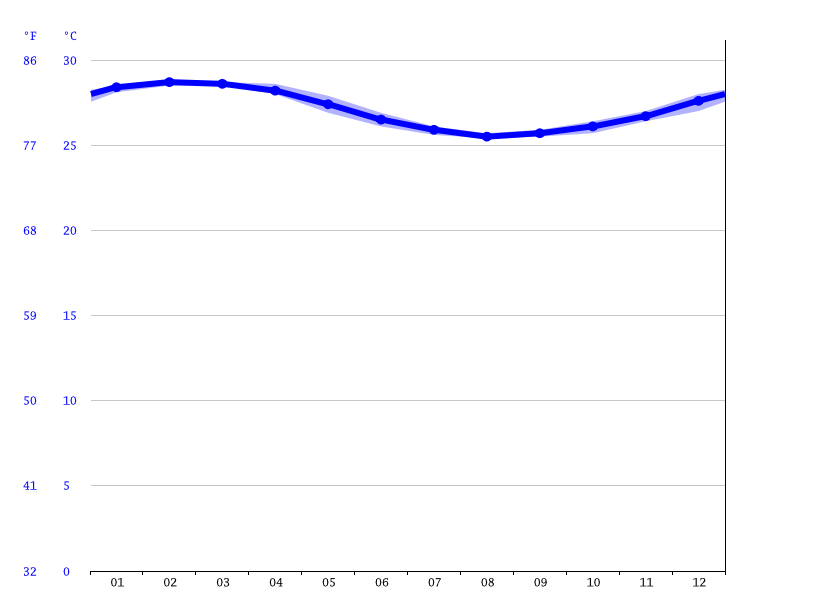 In February, the highest water temperature is reached with a monthly average of 28.80°C | 83.84°F. Whereas in August the lowest average water temperatures are expected with about 25.40°C | 77.72°F.

The closest water of Port Havannah is Coral Sea.