Punta Arenas is 59m above sea level. This is known as a tundra climate. It is very cold all year long. The climate here is classified as ET by the Köppen-Geiger system. The temperature here averages 5.3 °C | 41.5 °F. The rainfall here is around 951 mm | 37.4 inch per year. The driest month is September, with 62 mm | 2.4 inch of rain. The greatest amount of precipitation occurs in December, with an average of 99 mm | 3.9 inch. There is a difference of 37 mm | 1 inch of precipitation between the driest and wettest months. The variation in temperatures throughout the year is 7.7 °C | 13.8 °F.

Punta Arenas weather and climate for every month

Hours of sunshine in Punta Arenas 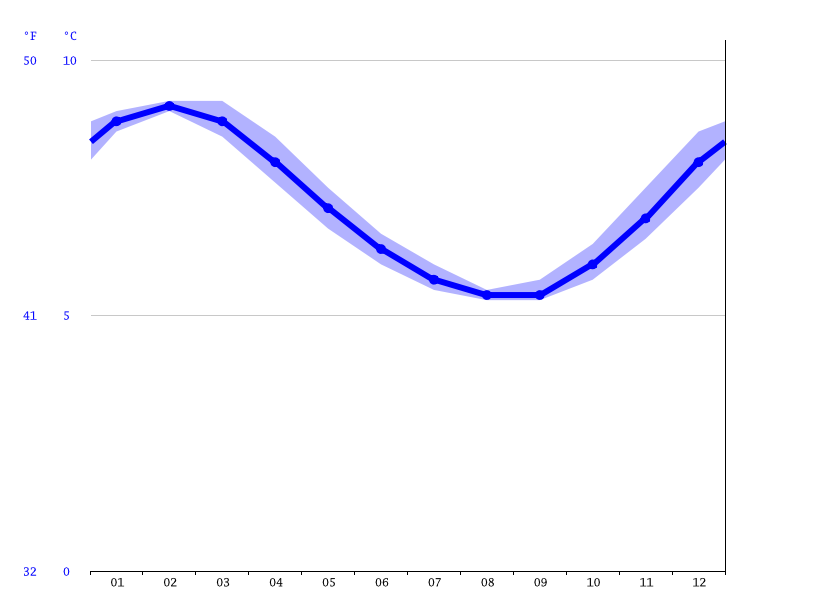 An average of 7.10°C | 44.78°F water temperatures is reached in Punta Arenas (Strait of Magellan) over the year.

The following water was used as the basis for the specified water temperatures for Punta Arenas: Strait of Magellan.

Information for Travel to Punta Arenas