Guayaquil is 8m above sea level. Guayaquil has a tropical climate. Most months of the year are marked by significant rainfall. The short dry season has little impact. The climate here is classified as Am by the Köppen-Geiger system. The average annual temperature in Guayaquil is 24.1 °C | 75.4 °F. The rainfall here is around 2321 mm | 91.4 inch per year. The driest month is November, with 57 mm | 2.2 inch of rainfall. The greatest amount of precipitation occurs in March, with an average of 395 mm | 15.6 inch. The difference in precipitation between the driest month and the wettest month is 338 mm | 13 inch. The variation in temperatures throughout the year is 2.3 °C | 4.2 °F.

Guayaquil weather and climate for every month

Hours of sunshine in Guayaquil 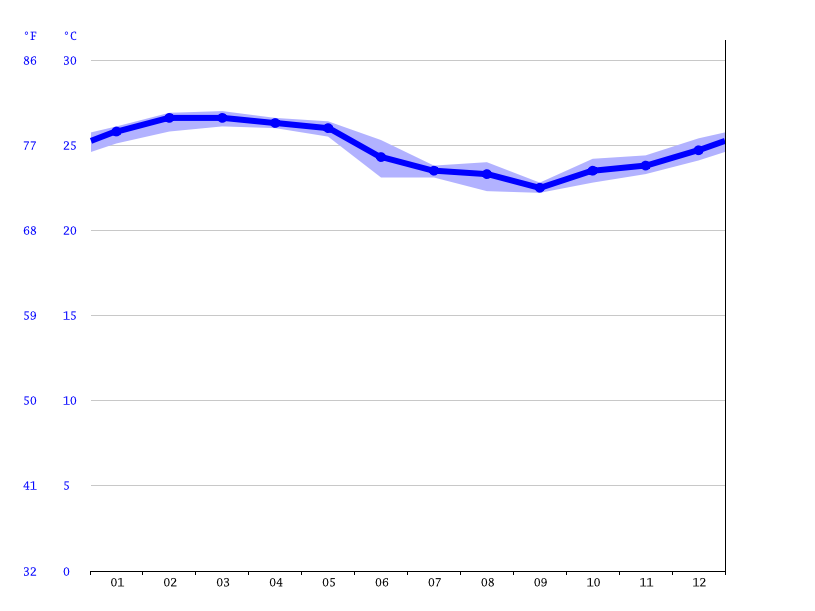 The average water temperature during the year located in Guayaquil (Gulf of Guayaquil) at 24.70°C | 76.46°F.

Information for Travel to Guayaquil